The 16th session of the conference of European ministers responsible for local and regional government is being organised by the Netherlands Ministries of the Interior and Kingdom Relations and Foreign Affairs, and the Council of Europe.

Ms Guusje ter Horst, Minister of the Interior and Kingdom Relations, together with Mr. Frans Timmermans, Minister for European Affairs will host this session. 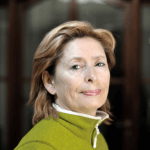 Ms. Guusje Ter horst Guus (Guusje) ter Horst was born in Deventer on 22 March 1952. After completing her secondary education, she studied psychology at the University of Amsterdam. She graduated in 1976 and earned her doctorate in 1984 with a thesis on stimulating demand for dental care.
In 1977 Ms Ter Horst joined the Social Dentistry Department of the Academic Centre for Dentistry in Amsterdam (ACTA), where she held the post of senior lecturer from 1986 to 1994. In addition, from 1992 to 1994 she was chairperson of the University Council. 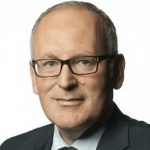 Mr. Frans Timmermans Franciscus Cornelis Gerardus Maria (Frans) Timmermans was born in Maastricht on 6 May 1961. After completing his secondary education he went on to attend Radboud University in Nijmegen where he studied French language and literature. He obtained his degree in 1985.
He followed a postgraduate course in European Law and Politics and French Literature at the University of Nancy (Diplôme d’études approfondies en littérature; Diplôme d’études supérieures européennes).